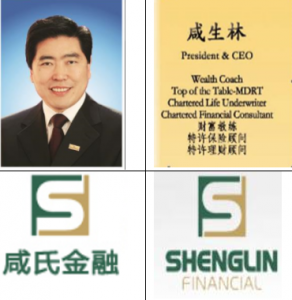 Mr. Shenglin Xian immigrated to Canada in 1990.  Before immigrating, he worked in the Ministry of Railways chief translation, project representatives and Television University Vice-Chancellor.

In 1999, he started Shenglin Financial Corporation, one of the founding members of the company the same year as the accumulation of wealth, London Life and heritage planning group. Mr. Shenglin’s performance is impressive for four (4) consecutive years as the country’s first London Life representative.

Ranked as the top ten charitable organization in his hometown, and his humanitarian deeds were CCTV incorporated “into Canada,” a series of reports, has become Canada’s immigration success and banner. 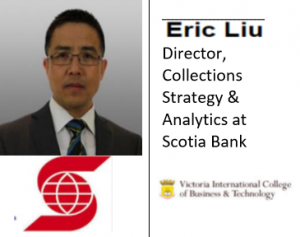 Eric came to Toronto from China in 2001.  He didn’t spend a day in Canadian higher education. Instead, he went to public speaking, debating, comedy clubs to learn communication skills. And he went from “free” to “fee” teaching effective communications at Victoria College. So far he has taught 50 classes and helped more than 500+ immigrants to make a breakthrough in their careers. Professionally he has worked 5 jobs in Canada – ING Direct, ATI Technologies, CIBC, GE Money, and is currently a Director with Scotiabank International. Eric speaks fluent Mandarin, Cantonese, English and basic Spanish. 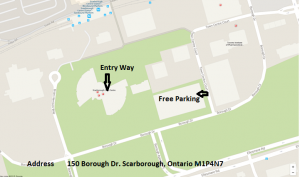